If you have never been to a Gentlemen’s Club near Miami Airport or a Miami strip club before, you probably have some misconceptions about these establishments. Read our blog to learn the common misconceptions of gentlemen’s clubs.

Popular media, including movies and mainstream television, constantly bombards us with information about these places, the entertainers, and their lifestyles. As a result, some imagine it as a luxurious existence filled with dancing, drinking, and late-night parties. In contrast, others consider it a filthy profession and view the parties involved as misfits.

Here are a few clichés about strip clubs and cabarets in Miami that should be dispelled.

Strip Clubs and Cabarets are Full of Perverts

Common among people who have never visited a gentlemen’s club or Miami strip club before, among the most common myths about these entertainment centers is that they are full dirty and perverted people who play with themselves underneath the table, as portrayed in many Hollywood movies.

The truth is that this rarely happens, as most visitors are regular folks who enjoy the company and the allure of the female body. All ages of people visit these entertainment hubs. From rich and poor, all genders, races, and sexual orientations, they are all free to visit strip clubs and cabarets. In fact, couples enjoy visiting elegant Gentlemen’s Clubs like Bella’s Cabaret, as a thrilling date night alternative.

Strippers are Used to Selling Their Bodies

As portrayed by the 1996 Hollywood film, Striptease, many people believe that the entertainers in strip clubs and cabarets are mistreated and exploited. Although this might be the case in some places, some dancers have opted to work in a world-class Miami cabaret like Bella’s Cabaret, or any other reputable female strip club Miami. Such people enjoy their work and use the money to save for future investments, like college.

In fact, you will find that any stripper Miami is more intelligent and ambitious than the average person. Since they are humans who know their rights, they rarely put up with bad treatment. Furthermore, strippers do not sell their bodies, this is the number 1 rule at Bella’s Cabaret. They simply lend their time to dance and entertain their clients, just like a therapist would take time to listen to clients in an office.

Visiting a Gentleman’s Club or Strip Club is Expensive

One of the most recent films about strippers, ‘Hustlers’, advances the ideology that strip clubs are for the rich only. As a result, many people tend to think they cannot visit such places due to inadequate funds, while the truth is that you can spend only as much as you want. Even the best cabaret in Miami will not force you to pay more than you are willing.

But, if you have a lot of money, by all means, spend it. But if you do not, limit your alcohol consumption to avoid making bad decisions and watch performances from the tables rather than the front rows. Remember that it is good practice to tip off the waitstaff before leaving. If you want a more intimate experience, you may have to take out your wallet. But, you do not have to spend a lot of money when visiting the Gentlemen’s club Miami airport to have an unforgettable experience.

Located on the Northeastern side of the Miami Airport, Bella’s Cabaret is the best place to go for the ultimate Florida strip club experience. It is a favorite among people from different parts of the world as they enjoy exotic drinks, fine cigars, delectable cuisines, and top-notch hookah as they get royal treatment from the most stunning women in the world.

Well known for its Latina entertainers and being the best cabaret in Miami, Bella’s Cabaret is a full nude and provides its guests with valet parking, complimentary WiFi, daily specials, regular events, and so much more. Book our VIP table for a memorable night out with friends. For more information on our VIP offerings, contact us at (305) 887-1550 to get a glimpse of the best night of your life. 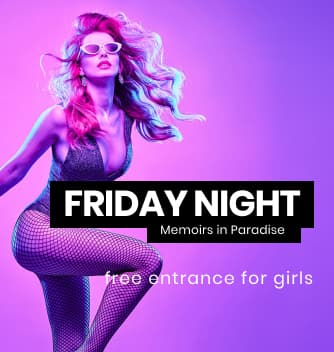